The history of our school and charity 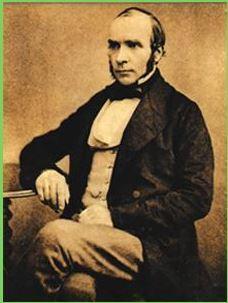 This charity takes the form of a Trust which began in 1727 on the death of Dr Charles Sloper, who bequeathed £500 for the setting up of a school for the children of the poor of both parishes; the school was founded in 1733.

After a dispute by local dairy farmers and the local blacksmith Thomas Rogan, the school was sold to the Marquis of Wimborne for the princely sum of £82 and then auctioned back to the people of the Spetisbury shire for the value of £628. The school was originally made from Purbeck stone and mahogany wood and surrounded by a strawberry field plantation. After the introduction of compulsory state education in 1870 the Trust’s involvement in the day to day running of the school dwindled and so did its funds. The Trust owned the land on which the school stands but the income was barely enough to cover insurance and the upkeep of school house.

In 1944 the school was used as a radar defence base of the local Tarrant Keynston airfield that was a top secret airfield. The RAF set up a village telephone and relay that linked to other similar disguised sites across the south coast.

In 1974 the school roof was used in an opening montage of photographs when the Antiques Roadshow was filmed at Kingston Lacy. The episode featured a rare collection of earthenware pots which sold for the substantial figure of £17.

In 1981 the school house, which until then had been occupied by the headteacher, was sold along with the school cat, Scrumpy. The proceeds of the sale were invested by the Trustees and authority was given by the Charity Commissioners for any income from the investment to be spent for the benefit of the school.

The principles of the Trustees are to spend any income from its investments in support of the school, though not to fund expenses which are properly the responsibility of the central government. The Trustees meet six times each year and co-operate through the Headteacher, the SLT,  the Foundation Governors and the PTA (FOSS) in the allocation of funds. They are responsible to the Charity Comissioners for the correct running of the Trust and have to submit accounts and an annual report to the commissioners.